WHAT IS HOPE CHURCH? 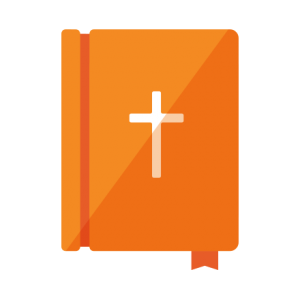 Hope Church is a congregation of the Presbyterian Church of America. Our worship is guided and ordered by the Holy Scriptures. Our conscious intent is to bring honor and glory to our Lord and our God by lifting up the name of Jesus Christ. The preaching of the Word of God is central in this.

Would you like to know more about Hope Church?

If you would like to know more about Hope Church and what we believe, please scroll through or click on a button to jump to the section you are interested in.

What is our Mission?

The mission of Hope Church is to know, worship and proclaim Jesus Christ as the hope of the world, lovingly bringing that message to our community.

Jesus Christ as the hope of the world…

refers to the gospel of Jesus Christ.

Lovingly bringing that message to our community entails…

What Are Our Values?

Our core values can be represented as seen below with the easily remembered acronym of GROWERS.

Worship
(Soli Deo Gloria – To God, alone, be the glory*)

What Do We Believe In?

What is a Presbyterian?

We are a congregation of the Presbyterian Church in America (PCA). We affirm the motto of the PCA: Striving to be True to the Scriptures, True to the Reformed Faith, and True to the Great Commission.

We affirm the “Presbyterian” form of church government. This means that we are governed by “presbyters” or elders who are elected by the people. There are two types of elders. Teaching elders are pastors. Ruling elders are ordained laymen. This was the type of government the New Testament Church enjoyed (for instance, see Acts 20:17; Titus 1:5-7). This has been the form followed by the great Reformed and Presbyterian branches of Christendom since the days of John Calvin in Europe and John Knox in England and Scotland.

The elders meet in a “session.” The session has the oversight of the faith and life of the local church congregation. Representatives from the session along with the ordained ministers of the churches compose the “presbytery.” The presbytery has oversight of the ministries of the churches in a given geographical area. Through the presbytery the work of many churches is coordinated and their combined efforts enable them to extend the Kingdom of Christ much farther than would otherwise be possible.

The local churches also send commissioners – elders and ministers – to the highest court of the church, the “General Assembly.” The assembly meets annually and enables all the churches to have a voice in guiding the spiritual and practical affairs of the entire denomination.

Visit the Presbyterian Church in America (PCA) home page for more information about our denomination.

Who is Hope Church?

We encourage everyone who names Jesus Christ as Lord and Savior to be committed to and under the authority of a Bible teaching church. We believe that God has given us the church for the protection and oversight of His people and that His intent has always been to create a people for Himself, not a group of individuals. The church is the people, not the building. It is the members, not just the pastor or the elders. With Christ as the head of the body, which is His church, each member is important for the effective functioning of that body.

To become a member of Hope church the following things are required:

Note: We do not require potential members to affirm every doctrine of our church. In fact we have a degree of diversity on several doctrinal issues such as baptism and the end times. However, we do want members to understand what doctrines we, as a church, do affirm and teach.

What about children?
When parents become members of Hope Church their children become what we call “non-communicant members.” By this we mean that we have the same responsibility for them as for any other member of the church. However, they are not invited to participate in communion nor to vote on congregational issues. We encourage our members to bring their children for baptism. When a child becomes a teenager he/she is encouraged to make a public profession of faith and to pursue communicant membership the same as an adult. We do offer a “communicants” class specifically geared for our teens on a periodic basis. If younger children wish to be admitted to communion, parents should request the elders of the church to meet with them and their children.

The History of Hope Church

David Wallover, then a minister in the PCUSA, and Glen Riexinger, the minister of an independent Reformed Baptist congregation, met together for prayer on a regular basis in the 1980s and early 1990s. They found they shared each other’s concerns and hopes for God’s work in Northeastern Pennsylvania. Others were praying, too, with a fervent desire to see God’s will done. When the two men learned the Presbyterian Church in America was interested in establishing a work in this area, they began talks with the PCA. In May of 1993 Hope Church was formed with a borrowed Session from the Philadelphia Presbytery, with both David and Glen called as co-Pastors. The congregation consisted of people from both men’s churches, and that of an Orthodox Presbyterian church.

Early on, Hope Church held Sunday morning services in a motel ballroom in Moosic. The facility was chosen because it is centrally located between Wilkes-Barre and Scranton, making it easily accessible to the attendees, who were coming from a 40-mile radius. The ballroom gave little in the way of permanence for a church, however. In the search for a facility that would provide a stronger identity and full-time use, a warehouse that could be leased and renovated was found to be available nearby. With some small misgivings, a five-year lease was signed on a Thursday. God removed any doubts about the move on Saturday morning, when a heavy snow caved in the roof of the ballroom! In His grace there were no injuries in the collapse, and God immediately provided a temporary facility that allowed us to continue holding services.

Utilizing part of the Building Fund and the sweat equity of Hope’s members and friends, under the guidance of Glen Riexinger, our carpenter/pastor, a 6,000 square foot church was fashioned inside the warehouse. It provides room for over 200 to worship and an education facility that can accommodate 125 to 150, as well as being adaptable for dinners, concerts and youth recreation. The renovations were completed on time and on budget, and we moved in on March 31, 1996. The weekly expense of the new facility turned out to be less than we were paying for three hours’ use of the ballroom per week.

Our people come from a wide range of backgrounds and occupations, from businessmen to truck drivers, from homemakers to teachers, from newlyweds to golden agers. We have two-parent families, single parent families, single adults and grandparents. Currently Hope Church continues to grow under the guidance of Pastor Taylor Bradley, who began serving May of 2020 taking over for Pastor Stephen Wilson who retired in April 2020 after serving 19+ years.

From its inception, the goal of Hope Church has been to engage the area’s culture and bring the gospel of Jesus Christ and His reconciliation to the area. We feel that we are positioned advantageously to reach those who are seeking the hope that Jesus has for them.