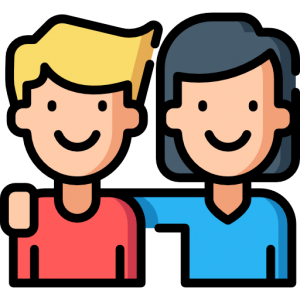 Built on the foundation of the apostles and prophets, Christ Jesus himself being the cornerstone, in whom the whole structure, being joined together, grows into a holy temple in the Lord. In him you also are being built together into a dwelling place for God by the Spirit.  ~Ephesians 2:20-22 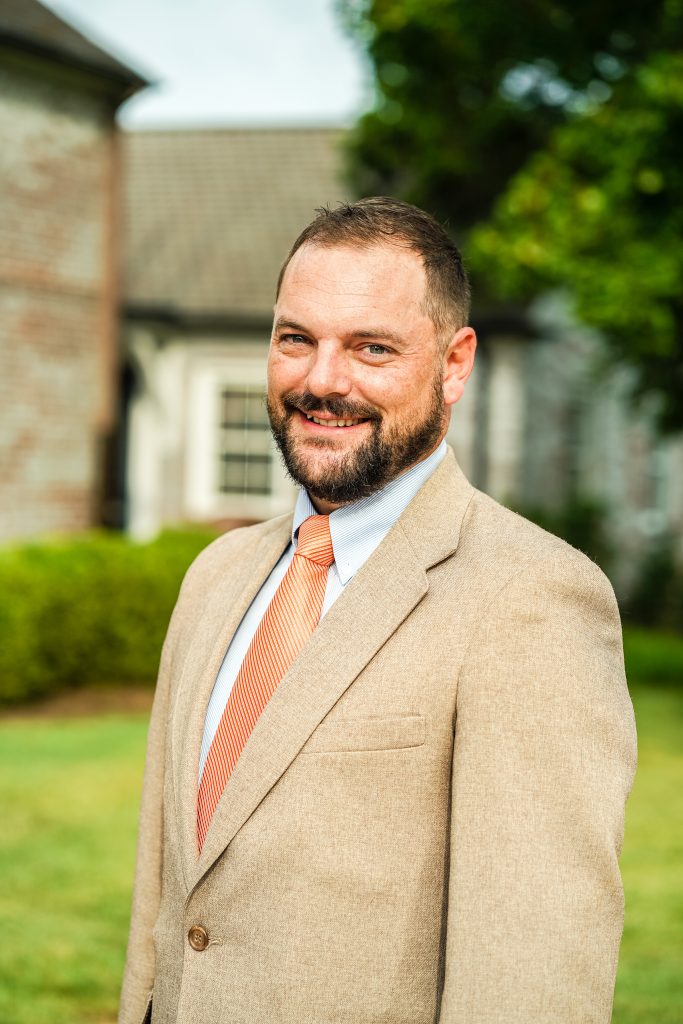 
Taylor grew up in the Pacific Northwest, and loves the outdoors, his family, preaching, a good book of theology, and sharing a meal with friends and neighbors. He studied bible and theology in undergrad. at Multnomah University, and earned his Master of Divinity at Covenant Seminary in St. Louis. Taylor and his wife Kristen have been married for eighteen years and have eight children.

Kenn Anderson, Jr. grew up in the small Pennsylvania town of LaPlume with his three younger sisters. He was raised by his Christian parents to follow biblical principles and came to know the Lord at an early age. After graduating high school a year early to attend Keystone Junior College he met his future wife, Marcia. He graduated Keystone in 1992 with an A.A. in Engineering and left the following year to enter the Navy as an Aviation Ordnanceman. Kenn and Marcia were married on July 9th, 1994 and spent the next few years at China Lake Naval Air Station before returning to Scranton, PA after leaving the Navy. Upon their return, Kenn and Marcia began attending Hope Church and became members of its congregation.

Although not formally trained in theology, Kenn is earnest in his study of scripture, served as a deacon for several years prior to being ordained as an elder, and desires to be an instrument of mercy for the benefit of Christ’s kingdom. Kenn is actively involved in Hope’s youth group (Y.E.S) as well as in leading a mentoring group and a fellowship group. He currently lives in Scranton with his wife and and delights in raising his three growing children – Marilyn, Samuel, and Melanie.

Bill Barnes was born in Baltimore, Maryland. He became a Christian in his early teen years. He has taught Sunday School classes, served on Missions Committees, and is an ordained deacon and elder. He has participated in Billy Graham crusades and Evangelism Explosion.

Bill has chosen to be a Presbyterian because of the emphasis on reformation theology. It’s the pure simplicity and authority of God’s Word, the reliance on the Grace of God and the Gospel which make having a relationship with God reality. He would also say that God has given us minds to use for Him.

Bill met his wife, Beverly in his hometown church. They married in 1980. He has worked in at Bethlehem Steel (in Maryland), a brokerage firm, and retail establishments. Bill and Beverly taught in Baltimore County Public Schools as reading specialists. Even though they were both studying for their Master’s degrees at the same university (unknowingly), they met in church. They have two grown children and two grandsons and one granddaughter. They enjoy their family on as many occasions as can be arranged. He and his wife are both retired and live near White Haven.

It is Bill’s desire to see Hope Church teach the truths of God’s Word and to see many come to faith in Him, and grow in their Christian lives.

John was born in West Pittston, PA. Upon graduation from high school in 1964, he served 3 years in the US Army Signal Corp. He worked 32 years with AT&T as a technician and supervisor in microwave, cable, satellite, and light guide communications at various locations. Following early retirement from AT&T, he worked as Quality Manager for Health Now NY; as ISO Coordinator for AEP Plastics; and as Documentation Manager for TMG Health. John officially retired in November 2014.

John married Lois Davies, also of West Pittston, in 1969. Although married as unbelievers, God saved them by His grace through faith in Jesus Christ – John in 1974 and Lois two years later. They have 3 married children and are very thankful for their godly spouses. They have been blessed with 8 grandchildren. John loves spending time with his family, beach vacations, reading, golfing, fishing, and working on prots around the house.

John was ordained an elder in Bible Fellowship Church, served as elder in the OPC and currently the PCA. He loves studying and teaching the Scriptures. Throughout the years, he has been involved in home Bible studies, Evangelism Explosion, church planting, prison ministries, and hospital/nursing home/neighborhood visitation. He also served on a Christian School board and coached Little League/Senior League baseball. His life verse is Ephesians 2:8-10. 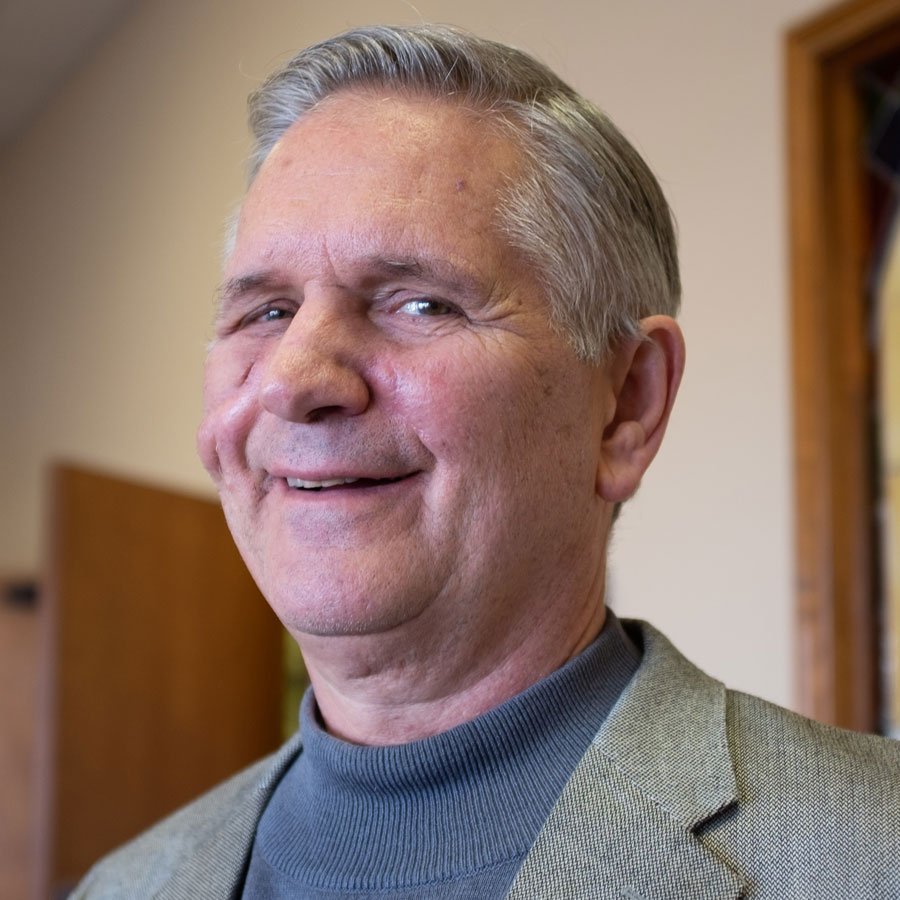 Bob Sedorovitz was born and raised in Scranton, PA.  He has been involved with Hope Church since its inception 25 years ago and is a deacon in the church leadership.

Hope Church has been instrumental in the growing of his faith and development of his spiritual maturation in the LORD Jesus Christ.  He believes that the only way to share the good news of the gospel to other people is through the Lord’s gift of love.  We love because He first loved us… 1 John 4:19 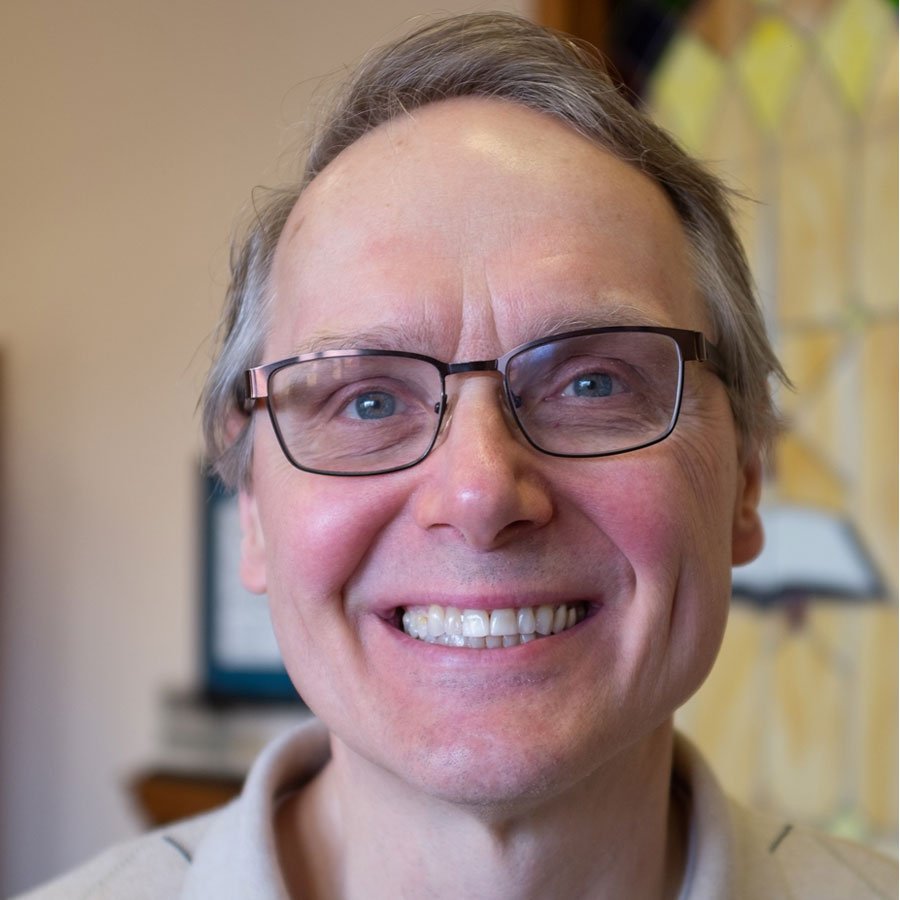 Matt Zale is originally from Scranton and is active in business and community groups.  A dentist near Scranton, trained in Philadelphia, Pittsburgh, Louisville, and then taught at the universities of Missouri, and in Trinidad; he has learned the lesson of “tooth for a tooth”. Matt also teaches the U.S. Constitution and the foundational history of America at public libraries.

His mission at Hope Church is to assist our elders as they succor seekers to “know, worship and proclaim” the truth of Jesus as Lord and savior. Along with other Deacons, Matt facilitates the need of those seeking Hope churches help, because the Giver of Life provides for us all.

The journey to faith in Christ is fraught with struggles. Let us help you to know the powerful Word in Jesus Christ.

“from Scranton to eternity”